Although we try hard to keep our cars clean, some situations like vomiting happen, and we end up with a foul smell.

Contents hide
1 Why Throw up Smell is so Unpleasant
2 How to Remove Throw up Smell from Car
2.1 1. Sprinkle Baking Soda and Corn-starch Flour Mixture
2.2 2. Soak with Hydrogen Peroxide
2.3 3. Use White Vinegar
2.4 4. Make a Simple Home Disinfectant
3 FAQs on Puke Smell in your Car
3.1 Does the Smell of Puke Go Away?
3.2 How Much Does it Cost to Clean Vomit from a Car?
3.3 How Do You Clean Frozen Vomit?
3.4 How Do You Get Throw up Out of a Car Seat Belt?
3.5 Why Do You Feel Better After You Throw up?
3.6 Is All Vomit Contagious?

For that reason, this article will share tips on how to remove throw up smell from car. For heaven’s sake, it isn’t enjoyable to have a throw-up smell from fabric seats.

Motion sickness, also called car sickness, is common among many people, children being the most affected.

It’s a feeling of nausea and vomiting while traveling in a car. Usually, children lack enough control, unlike adults, and mess up the seats.

Unfortunately, the bad smell won’t spare you even after cleaning the vomit. To help you, I’ll guide you on how to get vomit smell out of car leather seats.

Why Throw up Smell is so Unpleasant

In the human digestive system, there are various acids, including bile. Bile juice is effective in digesting fatty foods. Additionally, there are other substances like stomach mucus.

The mixture of all these juices, including the half-digested food, is left on the surface when someone throws up.

This mixture can release a very unpleasant smell enough to make you lose control behind the wheel. Haha!

How to Remove Throw up Smell from Car

Since we often experience unfortunate situations of vomit smell, you would like to know the cheapest method to restore the car freshness. Worry not, I got you covered.

Below are ways how to get vomit smell out of car fabric with simple ingredients;

On the other hand, corn-starch, made from finely grounded maize flour, is also a good absorbent like baking soda. A combination of these compounds can give the best results.

Check on the procedure below;

Step 1: Mix equal baking soda and corn-starch into a bowl. Note the amounts you should mix will depend on the size of the affected area. 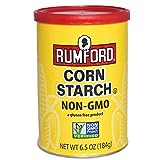 Step 2: Sprinkle the mixture to absorb the moisture and the smell overnight.

Step3: Once the powder is dried, vacuum the area, and you’re good to go for a road trip.

Read: How to secure dog in car with leash

Hydrogen peroxide can work best if soaked in the affected area. Its mild antiseptic properties make it even more beneficial because they kill microorganisms.

Step 1: Soak hydrogen peroxide on the affected area and give it a few minutes.

Step 2: Use an absorbent cloth to rub the area until all the moisture is absorbed.

Step 3: Leave the car door open for a few minutes for the air to circulate. The smell will subside and leave the interior fresh.

Read: How to carry keys and phone while walking

Acetic acid neutralizes the bacteria and vomit particles that cause the bad odor.

Step 1: Pour white vinegar into a bowl and place it around the affected car area.

Step 2: Replace the vinegar every 24 hours to clear the smell effectively.

Note white vinegar may take longer because it absorbs slowly. As that’s the case, use it during the weekend or the days you rarely use the car.

Step 1: Pour the ingredients into the spray bottle, including 15 drops of peppermint oil or lemon. Then, thoroughly mix them.

Step 2: Spray the mixture on the affected area and allow it to soak for a few minutes.

Step 3: Wipe the area with an absorbent cloth until it’s less moist.

Step 4: Repeat the process until the smell disappears.

FAQs on Puke Smell in your Car

Does the Smell of Puke Go Away?

Throw up smell can last for days after cleaning the initial mess. If you leave the car doors and windows open, the smell may dissipate on its own. However, if you are a daily commuter, you wouldn’t bear with the smell for over a week. You need to use one of the above methods to subside it.

How Much Does it Cost to Clean Vomit from a Car?

How Do You Clean Frozen Vomit?

How Do You Get Throw up Out of a Car Seat Belt?

Dawn dishwashing detergent or baby bath soap may be your best option in cleaning up messed car seat belts. Carry out the procedure below;
Step 1: Dampen a washcloth and rub a little soap on it.
Step 2: Wipe the belt until the dried vomit layer weakens.
Step 3: Wipe with a dry cloth and repeat the process until it’s clean.
Step 4: Open the car doors to allow the belt to dry.

Why Do You Feel Better After You Throw up?

The brain controls vomiting. Once the body senses the food you ate isn’t good, it activates the sickness. This feeling alerts the whole system that something is about to happen. Secondly, the salivary glands release more saliva to protect the teeth from stomach acids. Then after vomiting, the body releases some hormones that make you feel better.

Is All Vomit Contagious?

For health purposes, all vomit should be treated as infectious substances. This is because the human body may contain several microorganisms that trigger vomiting. If someone vomits in a car, first disinfect the area. Second, remove throw up smell from car using the above methods.

Read: How to not get car sick while looking at phone