Incorrect timing belt installation symptoms affect synchronization in the crankshaft. They also interfere with engine valves’ functionality and how a car’s cylinders fire.

Engine valves operate based on the timing belt for the car to ignite and accelerate well. If they open and close untimely, the engine fails.

Of course, a vehicle’s timing belt is subject to intense friction, despite its firm rubber and nylon-reinforced material. The force needed to run the motor wears the timing belt, shrinking its longevity.

How do you tell incorrect timing belt installation symptoms in your car? Well, read on to find out the answers.

Below are some of the featured products in this article. 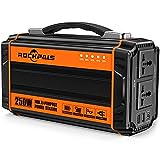 Ticking sound is often the first symptom of incorrect timing belt installation you will hear from the engine. The noise can also signify low oil pressure despite the oil level being within the normal range.

When the timing belt wears out, it can slip on the camshaft drive. This leads to untimed opening or closing of the engine valves and misfiring inside the motor.

The sound can also result from low oil pressure or improper lubrication of the engine. It is recommended you replace the timing belt as soon as possible to avoid catastrophic engine damage.

The rate of combustion determines the efficiency of an engine. How your mechanic mounts the timing belt dictates how the camshaft synchronizes the opening and closing of valves.

If the intake valves stay open longer when the pistons go up, the air in the cylinder escapes. This leads to insufficient air volume when the injector sprays fuel for combustion.

As a result, improper air-fuel mixture occurs, causing pre-ignition and loss of power.

3. The engine won’t turn over and stops

Most modern cars use interference engines, and their compression ratio is often high. If the timing belt installation is wrong, pistons hit valves, causing damages.

Also, when you ignite the car, the motor engages but fails to turn over. This results from failed operations between the crankshaft and camshaft.

Still, if the timing belt wears out, it can break while the car is running. The engine stops, damaging the rocker arms and pushrods. The damage can also extend to the oil pump and crankshaft bearings.

How to fix a pinhole leak in a car radiator

A timing belt attaches to the crankshaft and camshaft by a series of tension pulleys. The work of the crankshaft is to power pistons inside the combustion chamber.

The camshaft guides the rocker arm and cylinder head valves on how to send fuel into the combustion chamber.

Suppose one of the timing belt’s teeth misaligns, the crankshaft and camshaft synchronization fails. The engine overworks and can overheat.

This leads to a bad air-fuel mixture in the combustion chamber and poor fuel efficiency.

The best course of action is to have a professional mechanic check the condition of the timing belt and replace it if necessary.

Engine overheat is a prime cause of timing belt wear and failure. Another common symptom is motor oil leaks. The leak can occur from the timing belt cover, despite being secured with bolts and nuts. 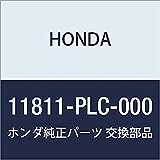 When motor oil leaks from the timing belt cover, it causes wear on the gasket between the engine block and timing cover.

This results from a cracked, improperly installed, or pinched timing belt. It is best you replace the worn-out belt as soon as possible to avert further damages.

As you now know, the core function of synchronizing the crankshaft and the camshaft is to harmonize the opening and closing of valves.

In the same way, the synchronization also positions the pistons. If the timing belt components fail, less or excess air gets into the cylinder as the spark plugs fire.

More so, the improper oil-fuel combination stains the spark plugs, leading to excess emissions from the exhaust tailpipe.

Camshaft and crankshaft position sensors form part of a car’s Electronic Control Unit (ECU). Their work is to record signals of problems in an engine.

If sensors detect incorrect or failure in the timing belt installation, they trigger the ‘Check Engine Light’ to flash in the dashboard.

1. How do you check if the timing belt needs replacing?

Look for cracks or broken teeth. Be sure also to check for signs of contaminants that can cause the timing belt to slip or break.

2. Will my car start with a worn-out timing belt?

Yes, only if the timing belt can harmonize the opening and closing of the cylinders’ intake and spark strokes. But remember, ignoring to replace the timing belt after noting a fault can lead to an expensive trip to the garage.

3. How long does a timing belt last?

A typical timing belt should last between 60,000 and 80,000 miles. You can check the manufacturer’s manual to know the specific replacement time interval.

4. Can I change a timing belt myself?

Trying to replace a timing belt isn’t a simple task that you can handle on your own. It requires precision and expertise.

5. How do you know if the timing is too advanced?

An advanced timing pushes back the pistons as they try to compress the air-fuel mixture. This ignites the mixture sooner than required, causing pre-ignition and overheating in the engine.

Most car manufacturers have a predetermined recommendation on when to change an automobile’s timing belt.

But again, incorrect timing belt installation symptoms require you to make a replacement right off. A rule of thumb is you have a certified mechanic install the timing belt.

Be sure to insist on a driving test after the installation. You can also rotate the crankshaft pulley by hand to ensure the pistons don’t hit the valves. Achieving this will prevent premature failure.

What causes rust on cars?