What Causes a Timing Belt to Break? - silver service cabs Skip to content

Many drivers assume that what causes a timing belt to break is only wear and tear. While they could be right, they don’t understand what leads to the malfunction.

Rubber is the primary material in a timing belt and can leave you stranded if it breaks or slips from its alignment.

Of course, wearing out on the timing belt is inevitable, but other factors stir up its abnormal short span. It is crucial to assess it when it stalls the engine.

This will include looking at the cooling system, shafts, and gaskets to ensure your safety and prevent further damages to your car. This write-up will walk you through the causes of a timing belt breaking.

What Causes a Timing Belt to Break?

1. Change in temperature and climate

The timing belt’s temperature changes based on whether you drive or park the car. When driving, the engine heats, stretching the timing belt rubber material. If you stop, the engine cools, and the belt contracts.

Also, when the climate varies widely, like in winter or summer, it can cause the belt’s rubber to be brittle and crack in the outer side. It is advisable to keep your car in a garage to reduce the impacts of temperature changes.

Related Read: how to tell if timing belt is off a tooth

The timing belt of your car runs through the water pump (check on Amazon below). Sometimes, problems with the cooling system can seize the pump, causing the gears to stop spinning.

The pulleys may continue moving and break the timing belt due to the strong engine force involved. If water leaks through the radiator, expansion tank, or head gasket, breakage can also occur. 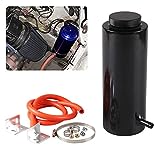 The impact could even be worse if the leaking fluid contains an antifreeze. A clever approach to use a cooling system leak checker to note water pump seizure. 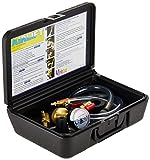 Doing this will prevent leaks from dwindling the lifespan of the timing belt and cooling system.

Oil leaks often occur when the engine gasket fails or the filler cap loosens or breaks. More so, the oil can get between the timing belt’s teeth and interfere with the tension and friction.

If the stress exceeds or lowers, the belt loses control over the engine dynamics and can slip or break.

In some instances, the belt will come off. It will then cause improper damping and damage the engine cylinder head or pistons. 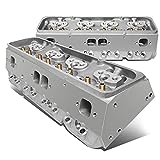 It would help if you always stay vigilant to detect engine leaks and reach out to a mechanic to repair them as soon as possible.

A new timing belt has calved teeth. Some teeth gain a trapezoid shape, while others come off as it gets older. The belt’s tension also reduces, causing misalignment. 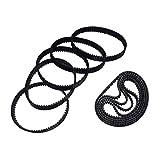 If the pulleys have been rough or tight, the belt experiences land wear and can break. It could also become impaired on the edges and misalign. A wise move here is to replace the time belt and pulleys.

You may often forgo driving your car for weeks, and as soon as you embark on the first drive, the timing belt breaks. In case you didn’t know, the belt can become stiff if it isn’t used for a long time.

As a result, it develops cracks and can break after driving for a few miles. If you leave your car for long, it is prudent to inspect and replace the timing belt before taking your first drive to avoid unforeseen risks.

Timing belt abrades after being used often, but improper tensioners can accelerate the corrosion. The teeth become hollow as the back idle erodes, causing cracks.

You will often hear a ticking sound come from the hood. This puts the belt at a higher risk of swapping from the gears. It becomes undependable and can break or damage the engine.

The engine may also fail to turn over when you ignite. Your best shot to prevent the hollowing of the teeth is to tighten the tensioner screws well. As for the back cracks, avoid exposing the car to extreme temperatures.

Debris makes up a significant cause of breakage. More so, when oil or grease sticks on the pulleys and timing belt, stone particles can attack and erode the belt.

Rush is another catalyst to watch since its sharp and sensitive nature can tear the timing belt. You can use a stiff brush to clean between the pulleys or teeth to keep dirt away.

Also, ensure you fit a shield over the belt. Achieving this will prevent debris from reaching the pulleys or sticking on the timing belt.

How can I note if the timing belt is worn out?

The revolution per minute (RPM) will act strange. It will often fluctuate unexpectedly, and you may notice excess exhaust emission. The timing belt may also spam from the pulleys, preventing the engine from turning over.

How long does it take for a timing belt to break?

Most manufacturers recommend replacing the belt after every 60,000 to 100,000 miles, depending on the climate changes in your location.

Can low oil cause the timing belt to break?

If the camshafts lack enough oil to operate, they can become tight and affect the belt’s tension, causing breakage.

Can I replace a broken timing belt on my own?

The general approach to replace a timing belt requires precision synchronizing the crankshaft and the camshaft. A wise move is to have a mechanic do the work for you.

Why does the engine damage after the timing belt breaks?

It is vital to know what causes a timing belt to break and do a replacement to safeguard the engine. Inspecting the belt is the handiest way to catch signs of wear and tear before disaster strikes.

Check the engine and the cooling system to ensure they aren’t leaking. Also, always replace the belt based on the manufacturer’s recommended intervals.

Read: How to tell if car is overheating without gauge